The Culture of Yankees and Yarmulkes 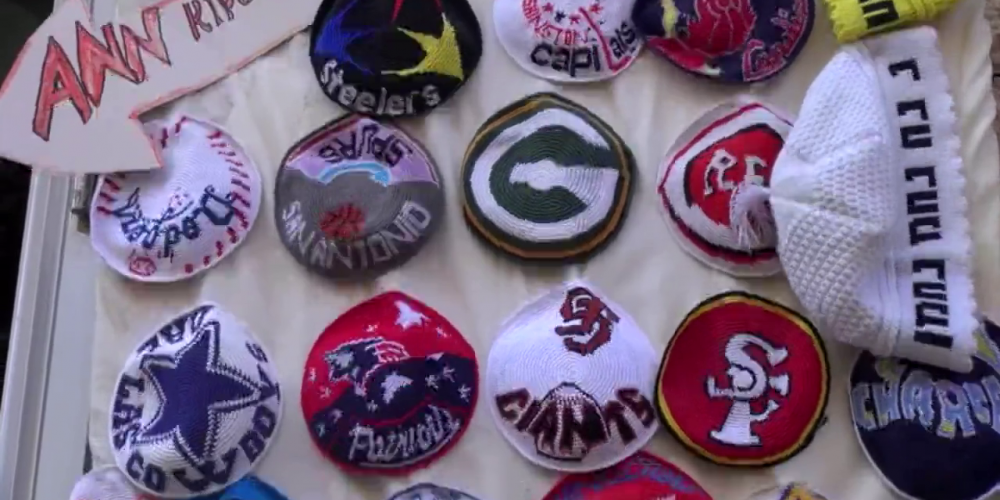 At the Hebrew school where I teach, I usually alternate between two yarmulkes: the one that looks like a basketball, and the one with the face of SpongeBob SquarePants. I have never put much thought into these decorative yarmulkes, other than the fact I like wearing them.

But thanks to a new short film, my eyes have opened up to a whole world of yarmulke fashion. Reverence, directed by Collin Kornfeind, explores how the yarmulke has become much more than a symbol of faith to God. Rather, the yarmulke represents the ever-growing combination of Jewish and secular American culture.

(Before delving in any further, it is important I keep consistent with my terminology. While the Hebrew word kippah is undoubtedly a more universal term than the Yiddish yarmulke, I’ve always been more partial to calling it a yarmulke. I don’t know why; maybe I just like the spelling. Anyway, from here on out, I’ll be using yarmulke.) 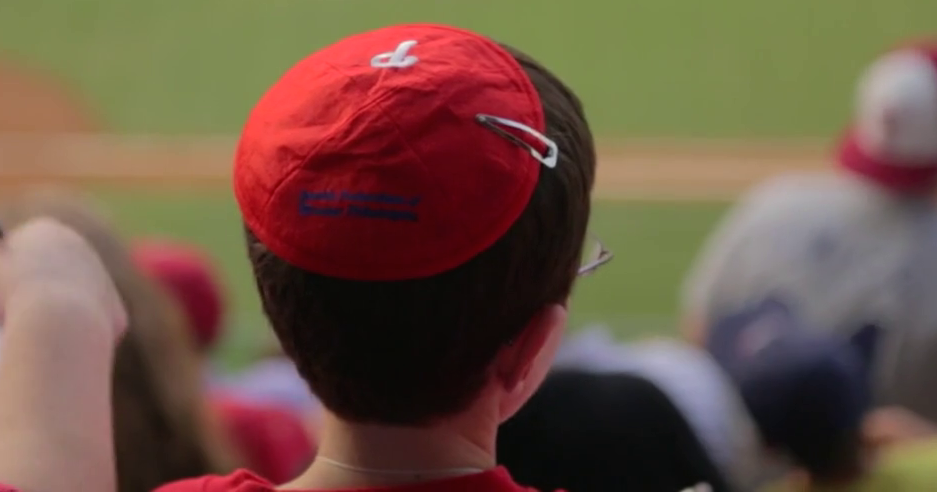 But Jews today identify with much more than their religion. With a passion for secular culture–including sports teams, TV characters, and even corporations–you will find Jews wearing yarmulkes decorated with the logos of everything from the New York Yankees to Bart Simpson to Starbucks.

And when you keep your head covered all the time, you may end up with quite a lot of these logo-embroidered yarmulkes. I couldn’t help but laugh when the teenage students showed off their vast collections, taking pride in their yarmulkes like Kim Kardashian showing off her closet.

The biggest emphasis is on yarmulkes with sports logos. Nothing screams Americana more than one’s loyalty to a football or baseball team. One rabbi in the film puts it best: just like someone may memorize all the stats from his favorite team, one’s knowledge of Jewish law and tradition shows his loyalty to Judaism. American Jews may support two teams: one for sports and one for Judaism. So why not embrace that with a yarmulke?

With only a 12-minute runtime, Reverence sparks a lot of questions about an important part of Judaism we usually take for granted. For example, is there anything inappropriate about wearing a yarmulke with the face of Scooby-Doo or the Los Angeles Lakers? The general consensus of the film is no. If anything, it’s the opposite. If the love for a sports team or TV show makes you want to wear a yarmulke, then isn’t that a good thing? (The film does not discuss the appropriateness of wearing such a yarmulke on Shabbat or Jewish holidays, but I think that can be left to a little common sense.)

Even though I do not wear a yarmulke outside of synagogue or Jewish places of learning, I find the film thought-provoking and entertaining. And it makes me want to expand my yarmulke collection.

Watch the full documentary at Aeon.