Facebooking in the Ghetto, or What I Learned on My 3rd Visit to Yad Vashem 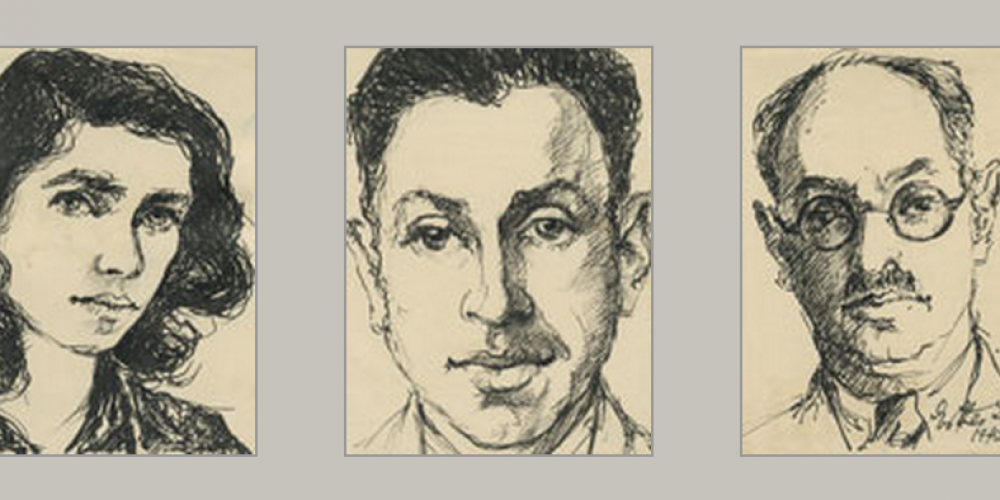 In respect for Yom HaShoah, or Holocaust Remembrance Day, I wanted to write something a little more serious than the usual state of affairs.

This past winter, I went to Israel with Taglit-Birthright. Thanks to some recently changed eligibility rules, this was actually my fourth visit to the country. I knew the trip would cover all the usual tourist spots, places that I had already been to twice if not three times before. I had no problem with this, but the one place I had absolutely no desire to visit again was Yad Vashem and the Holocaust History Museum.

It’s not that I was scared to go back or was worried about becoming an emotional wreck. But after 2 previous visits–not to mention trips to other Holocaust memorial museums in Washington, Los Angeles, and even El Paso–I had enough of the subject. On top of that, I minored in Holocaust history in college. What more could I get out of a third visit to Yad Vashem?

However, on the day of the visit I told myself, “Now that I have spent a few years intensely studying this subject, try to find a new perspective on something in the museum.” And so as I walked through the museum’s long corridor, I searched for something I had not thought about previously.

Two years prior, my Holocaust history studies had culminated with a senior project in which my classmates and I documented the life of survivor Curt Lowens. Mr. Lowens had donated a large collection of personal memorabilia to Chapman University, and our project goal was to retell his story through the collection. This got me thinking about how we archive history, especially something like the Holocaust where so much of the evidence was destroyed during and after the war.

Fast forward to two years later, where I am back in Yad Vashem with my Birthright group. Reminded of my senior project, I began thinking about the sheer amount of memorabilia that filled the museum. It was incredible what had been gathered: books, photos, clothing, jewelry, furniture. Each object had its own story and built into the collective narrative.

What impressed me most of all took place in the museum section that highlighted the various ghettos. On display were a series of portrait drawings from the Kovno Ghetto in Lithuania. Aside from the fact that the sketches were much better than anything I could produce, I was impressed by the story behind the drawings. Knowing that they had no photographs to document their lives, the Jewish community of Kovno drew portraits of each other and hid them in the ground when the ghetto was destroyed.

It’s almost like they anticipated the drawings to one day show up in a museum. A sliver of hope in an era of hardship and oppression. A passive but effective form of resistance. I found that fascinating.

And then I realized something else: they were Facebooking.

Sure, that’s not the term they used back then. I’m not positive it’s a term we use today either. But their documentation is identical to how we maintain a Facebook profile. The biggest difference is that they took their profile pics with pencil and paper, rather than a selfie stick.

Facebook’s everlasting popularity proves how much we love documenting ourselves. Photos, check-ins, status updates… each post that filters through the News Feed is something we want to be remembered for. Not only that, we turn it into a competition. Who can get the most likes out of their post? Who can get the most retweets? Who or what is trending? I’m not complaining about it; if anything, I’m deeply invested into that competition. It’s just difficult not to take it for granted.

The Jews of Kovno didn’t have that luxury. Their “posts” had to be a secret… with a “Friends Only” privacy setting until they could be discovered after the war. But their intent was not to turn it into a popularity contest. They simply wanted to be remembered.

The Yad Vashem website documents several Jewish artists who drew portraits of fellow Holocaust victims, in the Kovno Ghetto and beyond. One of the most notable was Ester Lurie, an active artist who was requested by the Germans to paint landscapes and portraits of ghetto scenes. Three of her portraits are posted at the top of the page (the first is her self-portrait), but more can be found on her Yad Vashem page. In total, Yad Vashem has 35 of her drawings in their collection. Who knows how many more she drew that were lost or destroyed?

Thanks to her literal Facebooking, her memory lives on. Ester was a survivor, but I cannot say for sure about the people in her other 34 portraits. It is eerie to look at the drawings, knowing that these were real people who suffered. Not that you would know they were suffering from these pictures; the images were drawn to portray them simply as human beings. In a few, they’re actually smiling. Though I don’t know the names of these people, their pictures leave an impact.

Which goes on to demonstrate the power of a picture. It’s difficult to garner emotion simply looking at a list of names. But looking at a series of photos, putting an image to those names, that resonates.

Perhaps that’s why the first thing we did when creating a Facebook profile was to upload a profile picture. We want to be more than just a name. And that goes beyond Facebook.

We use apps like Tinder, OkCupid, and JSwipe where a single photo determines the user’s next action. We get frustrated when friends forget to tag us in a photo, or even more distressed when tagged in a photo we’d rather forget. There’s even a singing competition where one of the perks of voting is that your face could show up on national TV.

A picture goes a long way in our memory.

Ester Lurie will never trend on Twitter, but the fact that I can even write about her today proves that her intentions worked. I have read her “profile page,” and I have seen her “posts.” She and the Jewish community of the Kovno Ghetto now stand out in my memory. When we say “Never forget,” I now have something more specific to remember.

So in the end, I did learn something on my third trip to Yad Vashem. We’ll see what happens when I return for my fourth.