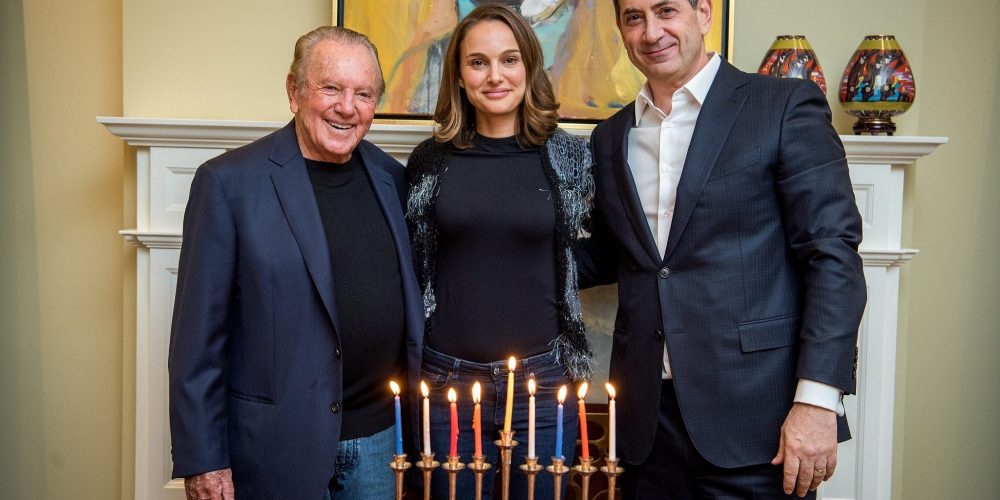 It may surprise you to find out that many of your favorite Hollywood A-listers come from Jewish families with very modest backgrounds. Many of their families immigrated to the United States from countries like Hungary, Ukraine, Lithuania, and Poland. Here are 10 popular actresses and actors that you probably didn’t know were Jewish.

Natalie Portman was born on June 9, 1981, in the city of Jerusalem, Israel. She was born Natalie Hershlag to Israeli born doctor Avner Hershlag and American born artist Shelly Stevens. Both of her parents are of Ashkenazi Jewish origins. When she was very young, her family moved from Israel to Washington, D.C. Eventually, her family settled in New York, and she still lives there currently. She is most well known for her role as Queen Amidala in the Star Wars prequel trilogy and she also earned an Academy Award and a Golden Globe Award for Best Actress in the movie Black Swan in 2010. Natalie has remained outspoken about her faith, is fluent in Hebrew, and once stated that she felt more Jewish while in Israel because she “like[s] the way that religion is done there.”

James Edward Franco was born in 1978 to Jewish actress, Betsy Franco, and her husband Douglas Franco in Palo Alto, California. He is Jewish on his mother’s side, although he has said that he wasn’t raised with a religious focus. After graduating from high school in 1996, James attended UCLA as an English major but dropped out after only one year. He then began to study acting seriously at Robert Carnegie’s Playhouse West and began pursuing his dream of working as an actor in Hollywood. He is well known for his role in the TNT made for TV movie, James Dean in 2001. You may also remember him as the character “Harry Osborne” from the major hit Spider-Man in 2002. As he’s aged, James has admitted that he feels he missed out by not having a Jewish focus in his childhood. To make up for this, in 2015, James’s friend and frequent co-star Seth Rogan hosted a bar mitzvah for him. Jame has since shared that he feels more connected to Judaism as an adult.

Mila was born Milena Markovna Kunis on August 14, 1983, in Chernovtsy, Ukraine to a Jewish family. Her mother is Elvira Kunis, a physics teacher, and her father is Mark Kunis, a mechanical engineer. As a child, Mila had to hide her Jewish faith out of fear of persecution, until her family relocated to Los Angeles in 1991. When Mila was nine years old, her father enrolled her in acting classes. We all know her as Jackie Burkhart from That ‘70s Show, but she’s had many other noteworthy roles since then, including the character Rachel Jansen in the film Forgetting Sarah Marshall, released in 2008. As an adult, the one practice that Kunis has remained passionate about is Shabbat. She opened up on the podcast “Armchair Expert with Dax Shepard” about prioritizing the tradition with her children and coming together as a family every Friday night. 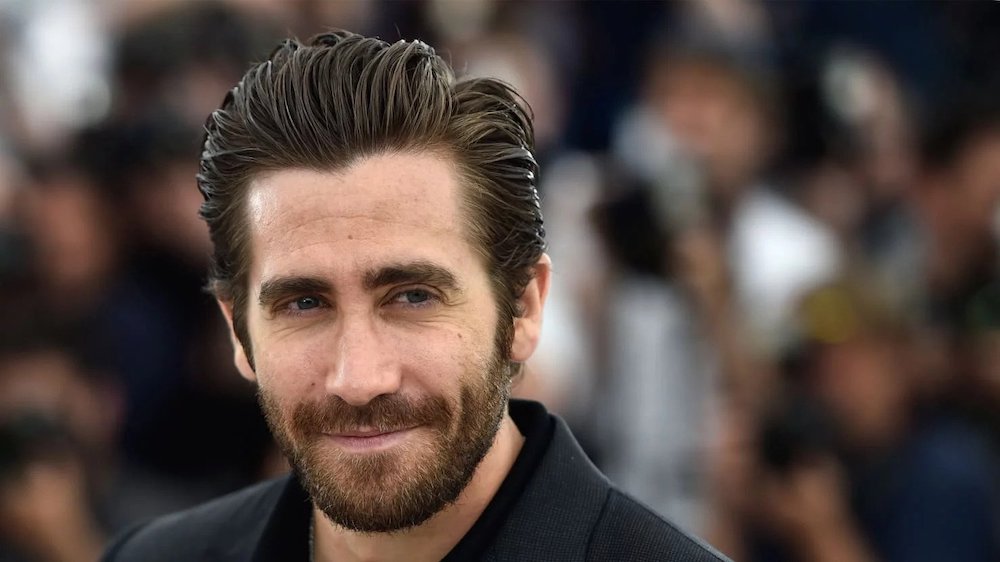 Jacob Benjamin Gyllenhaal is the son of Jewish born producer and screenwriter Naomi Foner and Christian director Stephen Gyllenhaal. Jake was born in Los Angeles in 1980 and made his film debut at the age of 11 in the comedy City Slickers (1991). More recently, he has starred in several major films for which he has become well known, such as the police drama End of Watch in 2012 and the dark satire Nightcrawler in 2014. He was nominated for a Golden Globe Award for Best Actor for his performance in Nightcrawler. He views his religious upbringing as “progressive,” as his parents blended their spiritual beliefs. At 13, he had a bar mitzvah of sorts at the local homeless shelter, as his parents wanted him to focus on a coming-of-age charitable act, rather than just hosting a celebration. As an adult, Gyllenhaal isn’t overtly religious, though he’s stated that he identifies as Jewish. 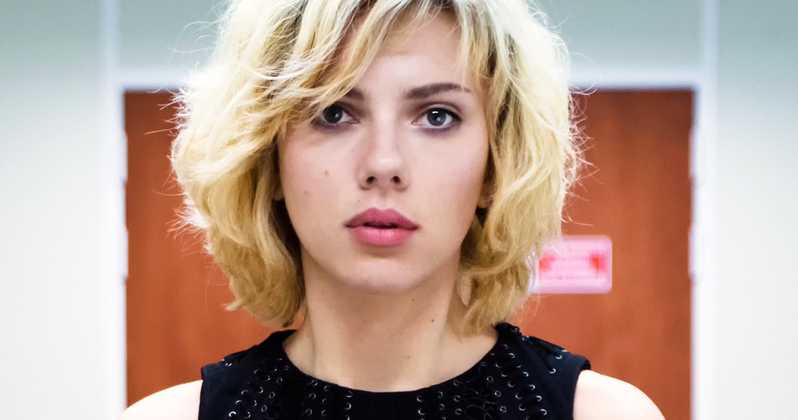 Scarlett Johansson’s mother is Melanie Sloan, whose family was from the Bronx and is Jewish. Scarlet’s father is Karsten Johannsson, an architect from Copenhagen, Denmark. She was born in New York City in 1984 and began acting as a child. At just 7 years old, she enrolled in the children’s theatre program at the Lee Strasberg Institute in NYC and went on her first audition. By the age of nine, she made her film debut in the fantasy comedy North (1994). After minor roles in films like Fall and Home Alone 3, she eventually gained widespread recognition for her role in Robert Redford’s The Horse Whisperer in (1998). Johansson was raised Jewish and still practices Judaism as an adult. In 2017, the actress was a guest on the PBS show “Finding Your Roots with Henry Louis Gates Jr.,” where she learned of her great uncle’s family who perished in the Warsaw Ghetto. She shared how the experience on the show made her “feel more deeply connected to [the Jewish] side of [her]self.”

Harrison Ford’s maternal grandparents were Jewish immigrants from Belarus. He was born in Chicago in 1942 to a Jewish radio actress, Dorothy Nidelman, and an Irish Catholic actor and advertising executive, Christopher Ford. He grew up in a secular home, without a distinct focus on either religion. In his career, Ford won an Academy Award and received Golden Globe nominations in 1985 for his role as John Book in the movie Witness. He is also famous for his role as Indiana Jones in Raiders of the Lost Ark in 1981 and his role as Han Solo in Star Wars: Episode IV- A New Hope in 1977. Ford is also a private airplane and helicopter pilot and he owns and operates an 800-acre ranch in Wyoming. While he has remained non-denominational, he’s stated that “as a man, [he’s] always felt Irish…” but “as an actor, [he’s] always felt Jewish.”

Jennifer was born to Ilene Schuman, an antique dealer from a Jewish immigrant family, and Gerard Connelly, a clothing manufacturer in the Catskill Mountains of New York state in 1970. When she was ten years old, a family friend suggested to her parents that they take her to a modeling audition and she began appearing in magazine ads, newspaper ads, and eventually television commercials. In 1985, she starred in Dario Argento’s horror thriller, Phenomena. More recently, she is known for her roles in Hulk (2003), Blood Diamond (2006), and Noah (2014). Her upbringing was similar to many of her fellow actors, being influenced by both her Jewish mother and Irish Catholic father. Although it was important to her mother that she be brought up in a devoutly Jewish home. She currently resides in New York and lives a private life with her husband (fellow actor Paul Bettany) and their children.

Daniel Jacob Radcliffe was born in London on July 23, 1989, to casting agent Maria Gresham and literary agent Alan Radcliffe. His mother was born to a Jewish family from Lithuania, Germany, Russia, and Poland. Daniel began acting at a very young age in school productions and even played a role in the film David Copperfield (1999) when he was just 10 years old. Of course, we all know him for his role as Harry Potter in the famous movie series. In 2013, he took on the role of American poet Allen Ginsberg in the drama thriller Kill Your Darlings. He grew up in a secular household, but with “a keen awareness of his Jewish background and what it means to [his] mom and [grandmother].” He recently starred in the film Imperium (2016), playing an FBI agent that goes undercover to take down a group of white supremacists. He’s stated that he hopes his grandmother (an evacuee during the war) never watches the film, as he fears it may hit too close to home for her.

Lisa’s parents are both from Jewish families from Hungary, Russia, and Belarus. Her mother, Nedra (Stern), was a travel agent, and her father, Lee N. Kudrow, is a doctor. Kurdow was raised Jewish and, growing up, was always open about her faith. The amount of antisemitism she faced in college surprised her, however, as many of her fellow classmates had never met anyone Jewish before. She studied Jewish history in her undergrad and graduated with a Bachelor of Science degree in Psychobiology, which she planned to use to pursue a career in research. However, she was inspired to audition for an improv theater group by one of her brother’s friends, where she met Cynthia Szigeti, a well-known improv teacher and even became friends with Conan O’Brien. We all know her for her starring role as Phoebe in the long-running hit series, Friends. She currently lives in Los Angeles where she continues to work as an actress. Kudrow has passed down her Jewish heritage to her son, who actually had an impromptu bar mitzvah at the local mall.

Actor, producer, and composer Adrien Brody was born in Queens in 1973 to Hungarian-born photographer Sylvia Plachy and Catholic history professor Elliot Brody. He is well-known for his role as a celebrated Jewish piano player in the film The Pianist (2002). His Polish-born grandmother was just a child when her family fled Hungary during the 1956 uprising against the Soviet Union and lost family members during the Holocaust. Brody has said that he was not raised with a strong connection to Judaism or Catholicism. However, embracing his Jewish heritage while filming The Pianist took an unexpected tole on him, and he struggled with depression for a year after the film was completed. “It wasn’t just a depression; it was a mourning. I was very disturbed by what I embraced [in making that film], and of the awareness that it opened up in me,” he stated.

Did you know that these famous actors and actresses were Jewish? It’s incredibly interesting to learn about our favorite stars and where they came from!